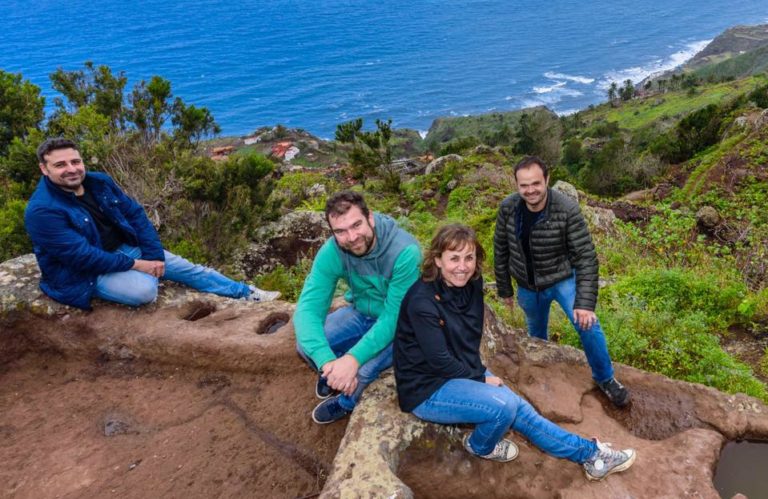 Envínate (translates as “wine yourself”) is the brainchild of 4 friends, winemakers Roberto Santana, Alfonso Torrente, Laura Ramos, and José Martínez.  This gang of 4 formed back in 2005 while studying enology at the University of Miguel Hernandez in Alicante. Upon graduation, they formed a winemaking consultancy, which evolved into Envínate, a project that focuses on exploring distinctive parcels mainly in the Atlantic-inflected regions of Ribeira Sacra and the Canary Islands. Their collective aim is to make profoundly pure and authentic wines that express the terruño of each parcel in a clear and concise manner. To this end, no chemicals are used in any of the Envínate vineyards, all parcels are picked by hand, the grapes are foot-trodden, and the wines are fermented exclusively with wild yeasts, with a varying proportion of whole grape clusters included. For aging, the wines are raised in old barrels and concrete, and sulfur is only added at bottling, if needed. The results are some of the most exciting and honest wines being produced in Spain today. 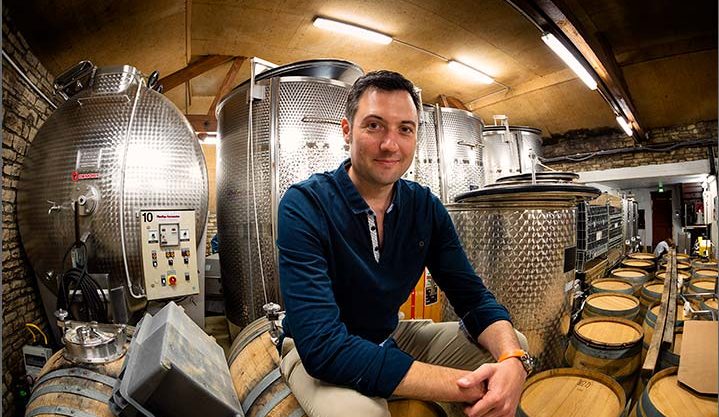 Domaine Rougeot: After graduating, Pierre-Henri spent a year working the vineyards at famed Domaine de Montille in Volnay before selling oak barrels for one of France’s most highly regarded coopers. This move led him into the cellars of some of the world’s most prominent wine growers; he saw up-close the dedication, passion and skill of lauded vignerons including Philippe Alliet in Chinon, Domaine de la Romanée-Conti in Burgundy and Jean-Francois Ganevat in Jura. This experience imbued Pierre-Henri with both an enviable knowledge and a unique openness to diverse wine making practices. He saw there was no single way to creating great wines, and in this liberating spirit, he began to see his own path.

In 2010, Pierre-Henri was granted creative agency at Domaine Rougeot, and oversaw wholesale improvements in the winemaking processes that are reflected in the quality we know today.

Like his inspiration, Lalou Bize-Leroy, Pierre-Henri is passionate about working with a high percentage of whole bunches for reds and very little sulphur to champion and fully express the fruit. He buys grapes from well located plots with sustainable soil management practices, producing lower but healthier yields. The vineyards of his choosing all engage in organic or low footprint farming methods and his wines are made without oenological ingredients, preserving their regional voice.

Pierre-Henri prefers to press both his white and red grapes using a modern version of an ancient vertical grape press. Although made with the latest technology, this unconventional press differs from the pneumatic, horizontal press preferred by most producers and produces higher acid extraction and greater clarity of must. The result is  dynamic, complex and elegant wines.

Both reds and whites are matured in supremely balanced, artisan oak barrels where indigenous yeasts within the oak are allowed to work their magic. The superior barrels give a grace and richness to the wines without overbearing oaky notes. 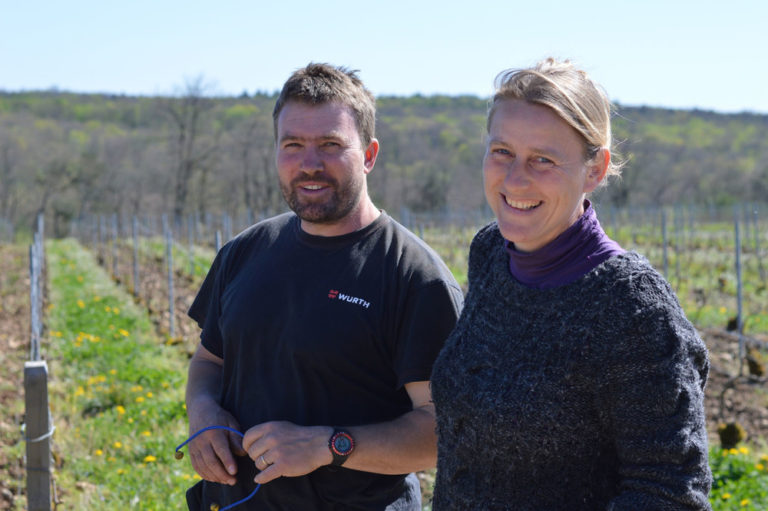 Rupert Leroy: Bénédicte Leroy’s parents moved to Essoyes in 1975 and started a small farm on a clearing, located just above the town where they previously raised sheep. In the 1980s, it was no longer economically viable, and they learned that they could plant grapes on the land that they’d been renting for the sheep to graze on. Little by little, they planted four hectares in Essoyes and Noé-les-Mallets, not including the garden and small pasture they kept for their own animals. All of the grapes were sold to the local cooperative.

In 2009, when her father was about to retire, Bénédicte took over the domaine along with her husband Manu Leroy, under the condition that they could farm organically and make their own wines. Using his background in ecological construction, Manu built a straw bale winery on the family property, followed by a log-cabin home. In addition to the vineyards, Bénédicte and Manu run a small farm complete with horses, cows, sheep, and chickens, as well as grow their own grains. They embrace all of the biodynamic principles, creating their own compost and preparations, and have become an integral part of the biodynamic movement in France.
Their quest for the simplest winemaking has lead them toward the spirit of ‘vin nature.’ Each cuvée comes from a single vintage of a single vineyard and is bottled ‘brut nature’ with no dosage. Since the 2013 vintage, no sulfur is used at the winery.

The domaine works according the following principles: use of lightweight tractors to avoid compacting the soil, spreading of compost and cow-horn manure from their own farm to encourage a complex microbial life in the soil, use of cow-horn silica, infusions, and plant decoctions to support the balance of the vines and their natural defense system, braiding of the upper vine shoots to avoid topping off the vines in order to avoid the stress to the plant, debudding to reduce yields, and careful hand harvesting of ripe grapes, which are sorted in the vineyard.

The constant research for a practice that respects the life around them leads the domaine to produce natural wines. In order to express their terroirs, they produce a single-vineyard cuvée each vintage from each parcel. All cuvées are made in the same process: vinification with natural yeast from their grapes, without any fining, filtering, or liqueur added. The cold settling occurs naturally with the winter frosts. Alcoholic fermentation and élevage on fine lees take placde in barrel and demi-muids for nine months, including natural malolactic fermentation. Then, the wines are aged on the lees in bottle for 18-20 months.